The Nigeria Network of NGOs (NNNGO) is the first generic membership body for civil society organizations in Nigeria that facilitates effective advocacy on issues of poverty and other developmental issues (http://nnngo.org/aboutus/aboutus.htm)

Are you a female journalist? Do you consider yourself a tech-savvy professional? Then this Media-Advocacy Workshop in commemoration of #InternationalWomensDay is just for you. For Participation: Send Whats App message…

“📢 Deadline extended! Apply before 29 February for your chance to become one of the 2020 #SDGYoungLeaders. https://t.co/L7R3DsrsE5 via @UNYouthEnvoy”

Do you live with #sicklecell or know anyone who does? Would you like the opportunity to receive treatment or get managed medically for free? If Yes! CrimsonBow Sickle Cell Initiative…

"As CSOs, we should be able to check the powers of political elite" - Dr. Kenneth Nweke - Political Scientist #CallToAction #ChangeBeginsWithYouAndI #Accountability #Transparency #GlobalGoals

Please can you put light on who CSOs are in Nigeria context? So we can know who's responsibilities and narrow it from there? Tx.

Research reveals about 43% of the estimated #6000languages spoken in the world are already endangered. Only a few hundred languages have genuinely been given a place in education systems and… 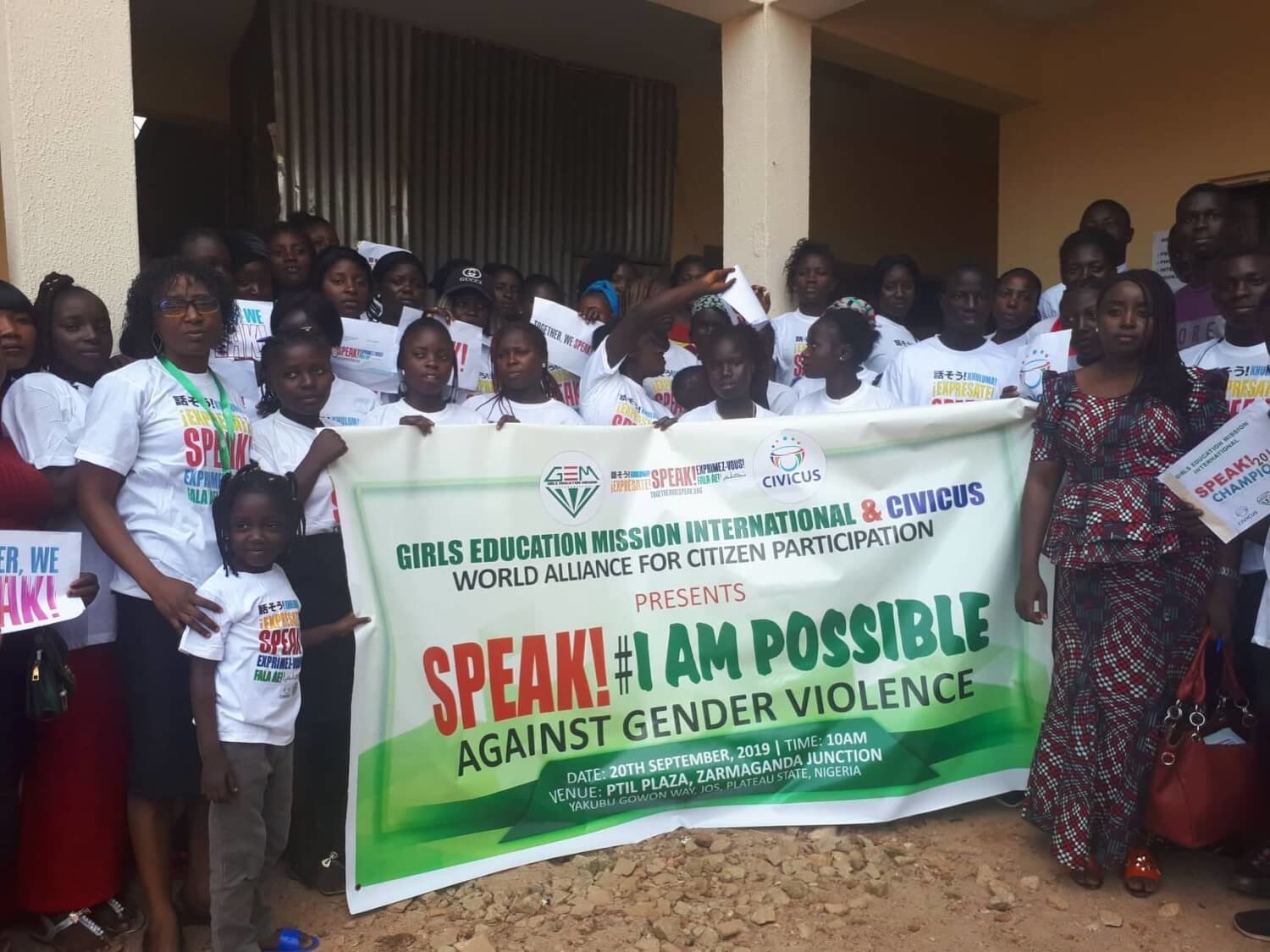 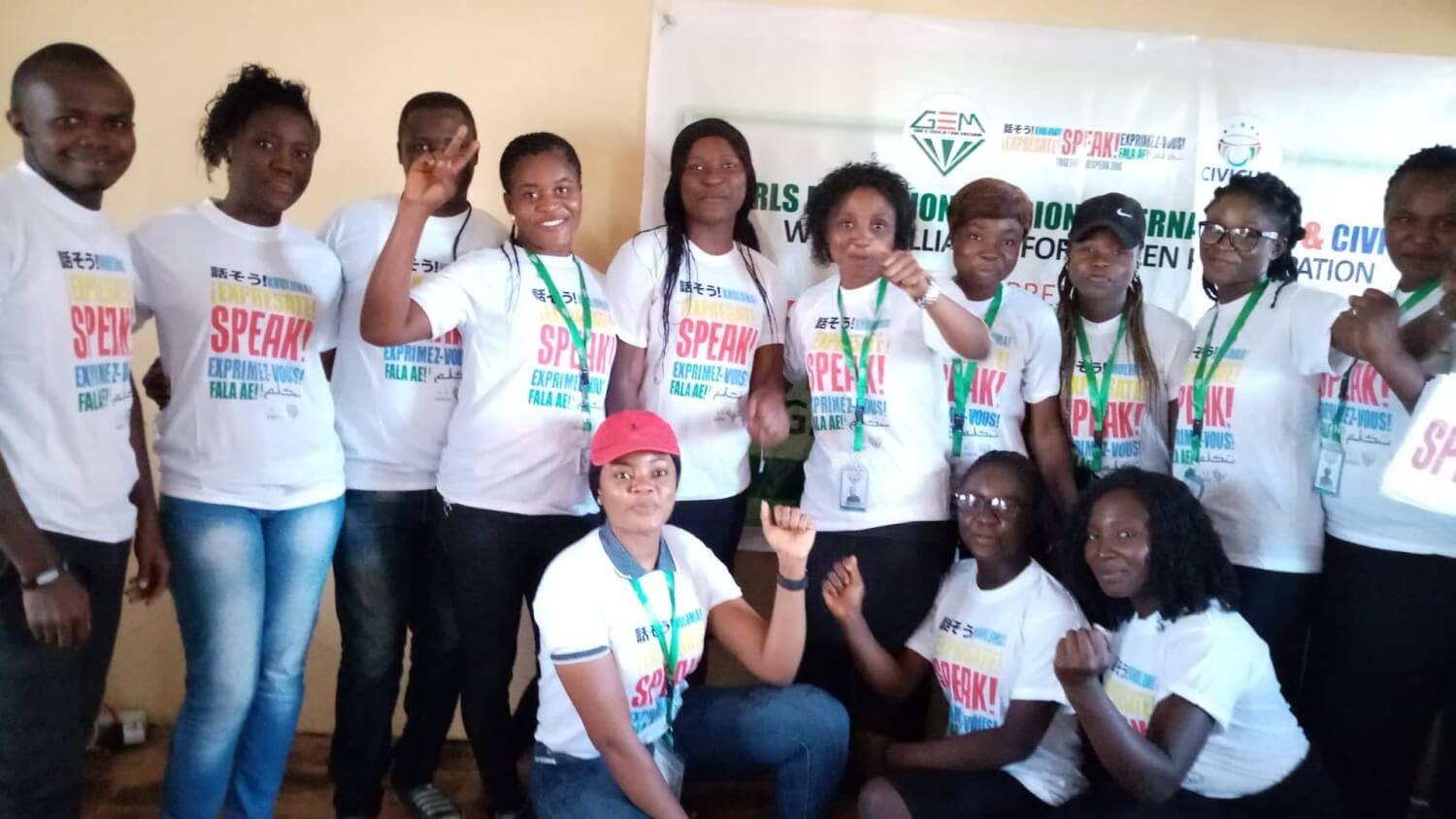 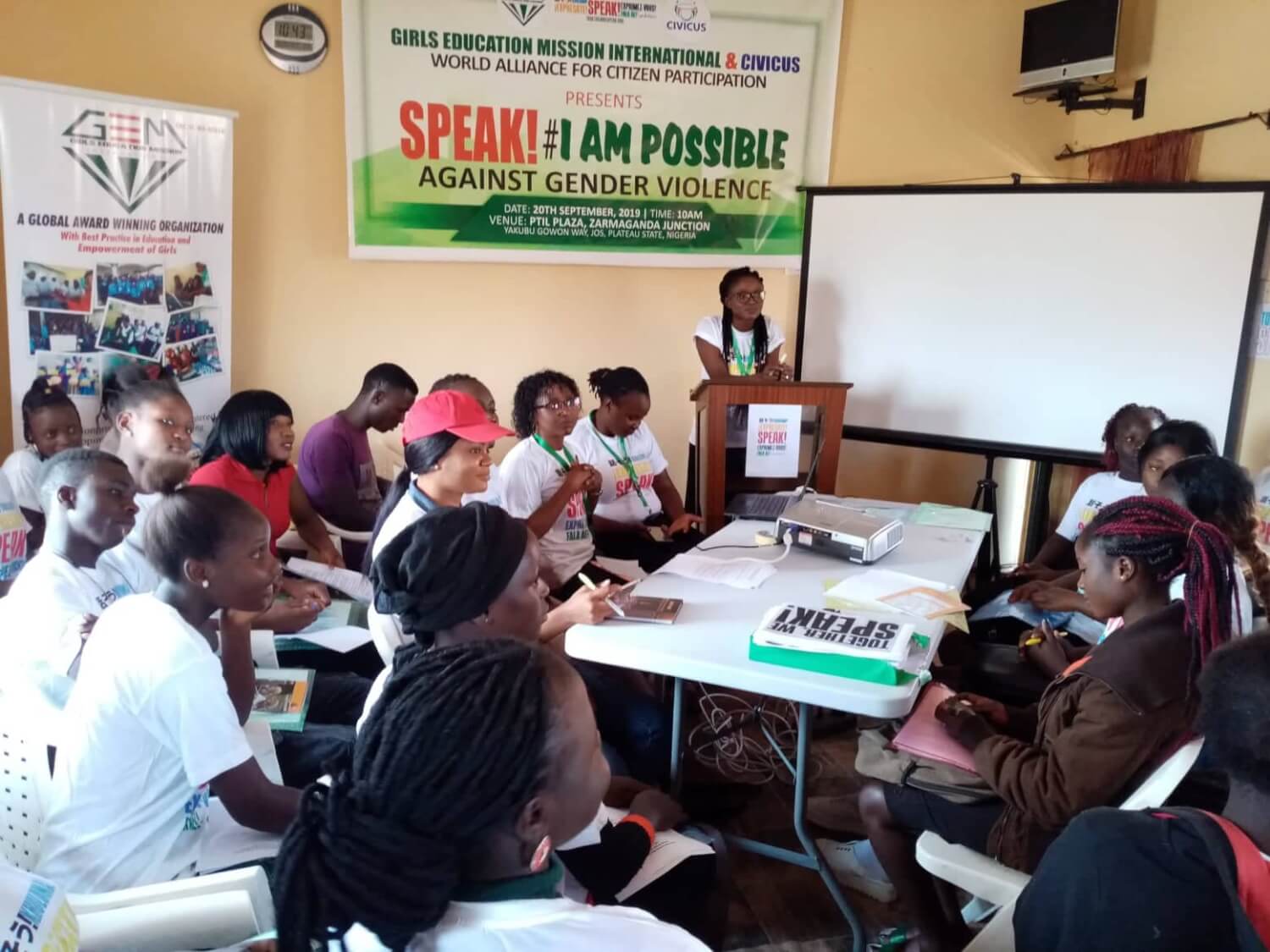 In the role she plays as a woman humanitarian, NNNGO’s correspondent, Olaife Ilori met with Keturah Shammah, Executive Director – Girls Education Mission International. A development practitioner with immense value in promoting the social, physical and economic development of the female gender. She has a global mandate of eradicating poverty as well as promoting and creating a sustainable impact for the female folks through quality education.

For more than a decade now, Keturah has been promoting girls’ rights for quality education such that they reach their potentials. A Leading Advocate for the achievement of the GLOBAL GOALS – AGENDA 2030, Keturah Shammah was involved in the just-concluded SPEAK CAMPAIGN, a Global Campaign launched by CIVICUS – World Alliance for Citizen Participation.     The SPEAK GLOBAL CAMPAIGN helps give a voice to everyone, everywhere. The campaign was created in response to the current global context in which people around the world are facing increasing attacks on their basic freedoms causing many to turn against each other. SPEAK! in one day of global action on September 20th represented the evolution of the Global Day of Citizen Action.  #TogetherWeSpeak

Girls Education Mission International helps girls in reaching their potentials. We focus on defending, protecting and promoting the right to education of girls through various activities such as Policy advocacy, supporting girls in school with school fees, sanitary pads, Uniforms and as well provide mentoring and relevant services to build their life skills.

I hear you are a SPEAK CHAMPION, was this Campaign your INITIATIVE? And if NO, how did you come by this laudable INITIATIVE?

SPEAK! The campaign was not initiated by our organization, it is a Campaign coordinated by CIVICUS- World Alliance for Citizen Participation. There was a call for application by CIVICUS for SPEAK Champions, we applied and fortunately after review of over 260 applications from 66 countries across the world, our organization was selected as 2019 Champion to mobilize and coordinate the activities of interested organizations to hold SPEAK Event in Nigeria.

So are you the only SPEAK CHAMPION in Nigeria?

No! There are Five (5) SPEAK Champions in Nigeria. SPEAK! is a Global Campaign. It cuts across countries of the World. In Nigeria, it is a nationwide Campaign. Our organization mobilized and coordinated the Campaign in the Northern Part of the country alongside other four Champions from the East, West and Southern parts of the Country.

How many organizations/individuals was your organization able to mobilize for the SPEAK CAMPAIGN Project in Nigeria?

We were able to mobilize over eight (8) organizations that held over 10 events and reached over 200 persons.

In response to the current global context, As a SPEAK CHAMPION, do you think the SPEAK CAMPAIGN can indeed speak and address the increasing attacks/issues/challenges faced by people world over?

For me SPEAK! Campaign is the answer to increasing attacks/issues and challenges faced by people world over. This is because, over the years, the female gender is particularly looking for answers to social issues affecting them and seeking opportunities to speak about their unheard challenges. The SPEAK Campaign hence provides such opportunities for them to come together with experts who are in the position to provide solutions to these struggles.

As a SPEAK CHAMPION, you created several events for the success of this Campaign and I am well aware that your Organization’s thematic function is on GILRS’ EDUCATION, my question is: do girls really have a future as regards education particularly in this part of the world?

The future of girls in line with education is the reality that educated mothers are more likely to send their children to school as uneducated mothers while helping their families break out of the cycle of Poverty in the process especially in developing countries. In order words “Better educated women tend to be healthier, participate more in the formal labour market, earn higher incomes, have fewer children, marry at a later age, make better health decisions and education for their children should they choose to become mothers”.

The sustainability for young girls of this generation as regards the SPEAK Campaign is guaranteed because; the Campaign aims at solving social issues surrounding the female gender. Through the SPEAK Campaign, issues regarding the girl child is addressed and plan to build girls future are well underway. For instance, our SPEAK Events this year focused on tackling the issues of GENDER VIOLENCE in Nigeria. The event brought together young girls and their male counterparts (boys whom they consider to be one of their distractions) from various locations and backgrounds to discuss issues affecting the girls and provide possible solutions to those problems. The girls were inspired to SPEAK their Possibilities against any form of violence they might face; hence – an advocacy Campaign was known as #IamPossible to be formally launched soon as one of our lined-up plans to sustaining the future of girls in Nigeria.

Did you think the CAMPAIGN was able to reach its GOAL?

Of course! Together, we have staged almost 180 events across 55 countries bringing together people across lines of division to have powerful conversations that create real change. And that’s the Goal of SPEAK! Campaign.

In what ways do you plan on ensuring the Campaign engages people to continue speaking even after it is well behind us?

The #IamPossible Campaign is one of our innovative ways of engaging the girls to SPEAK their possibilities and engage relevant stakeholders to advocate for nurturing and safeguarding the Possibilities of Girls. The SPEAK Campaign T-shirts provided for each participant SPEAKs more than a thousand words. The SPEAK Event Participants have resolved to carry out the Campaign and share an impactful version of the event to not less than 3 persons. May I end with this quote “SPEAK! Is not just a one day Campaign, it is a step by step process to solve several social issues” Frederic Adou, SPEAK Campaign Consultant CIVICUS.