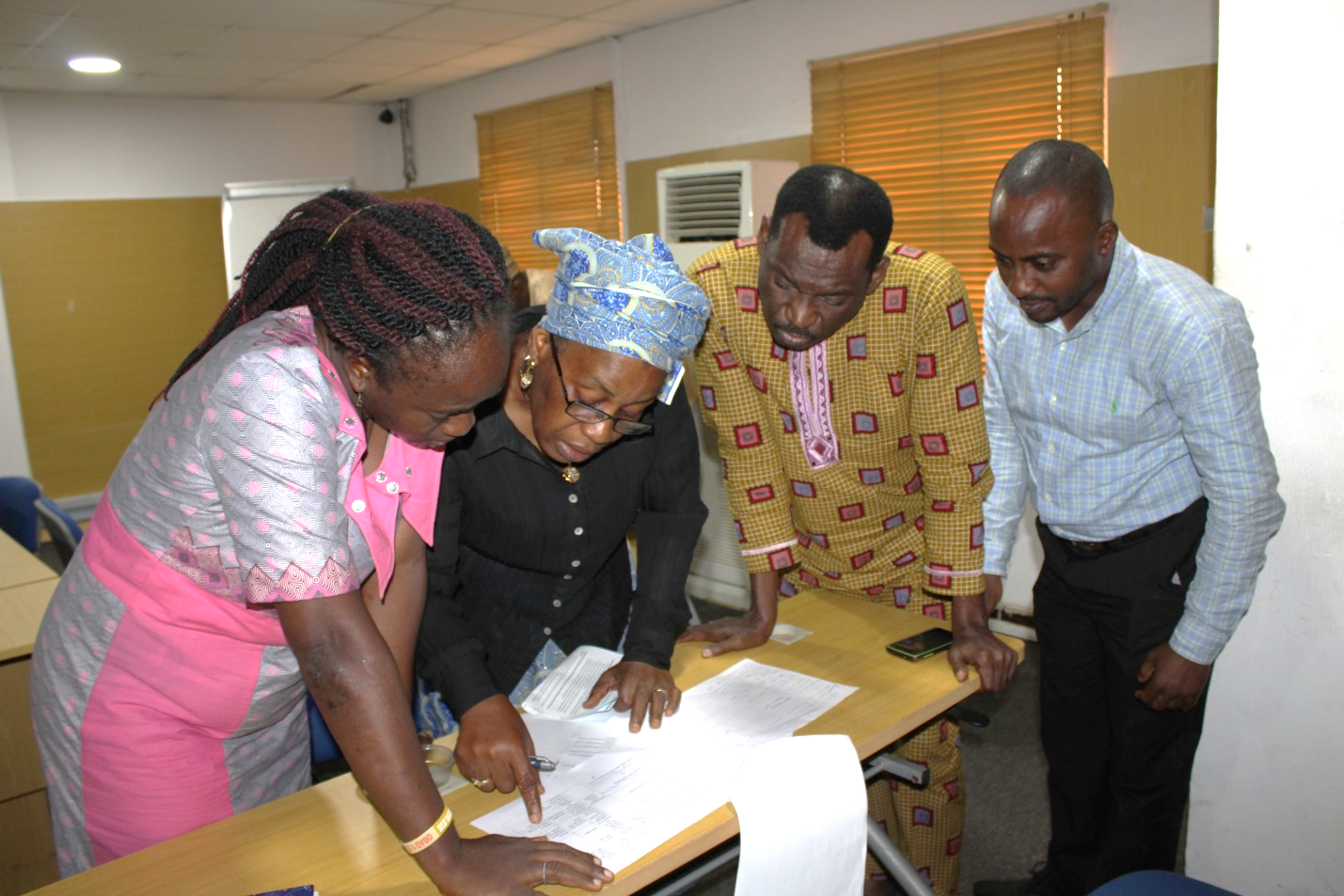 LAGOS, Nigeria–/On November 1, 2018, NNNGO-PAS hosted 19 CSOs for a second NNNGO-PACFaH@Scale / LASAM Advocacy Sub Committee Meeting to Review Routine Immunization 2018 Workplan. The meeting was organised to address issues that had been identified as important for health advocacy during the first NNNGO-PAS/LASAM meeting which was held on September 21, 2018.

The first meeting which was attended by 14 CSO representatives had been organised by the NNNGO-PAS Team in order to articulate more focused areas of advocacy that would improve RI funding and coverage in Lagos State in Y2019. At the second NNNGO-PAS/LASAM work plan review meeting held on November 1, therefore, issues specific to the Lagos state reality in relation to RI were strategically discussed and solutions proffered.

In highlighting the best strategies to employ in order to achieve desired results, a recurring theme at the meeting was the need to involve beneficiaries in the campaign for improved reproductive health services, especially for hard-to-reach communities. Participants noted that ordinary citizens who are the beneficiaries of the PACFaH@Scale program, when armed with adequate and appropriate information, have the ability to hold their governments accountable and demand increased funding for RI in Lagos state and the country.

To ensure that citizens have the information they require, participants worked on identifying the target beneficiaries per senatorial districts and LGAs and created a plan on how to disseminate issues briefs which contain information on the RI realities and the budgetary status. Participants also identified the need to cultivate working relationships with policy-makers and influencers while noting the need to articulate specific briefs to these policy-makers.

At the first NNNGO-PAS/LASAM advocacy meeting, participants had identified the need to establish a Local Government Health Authority (LGHA) as essential for effective RI coverage in Lagos state as it is the implementing arm of the Primary Health Care Board (PHCB). They also noted the importance of the LGHA in ensuring that public and private resources are coordinated within the LG. At the second meeting, therefore, participants raised an advocacy sub-team from amongst those in attendance with a mandate of working with LGA chairmen to ensure the establishment of LGHA.

Participants also noted the need to cultivate as RI champions within the various community. As RI champions, these individuals who could be opinion leaders who would be at the forefront of discussions relating to RI issues at both community and policy-making levels.

Another highlight of the meeting was a presentation made by the Reproductive Health Coordinator, Dr.  Okaga, in light of the need for intense advocacy to the State Treasury Office and other relevant stakeholders to ensure that remaining allocated funds for MNCH would be released. A delegate was set up immediately by the participating CSOs representatives and mandated to pay an advocacy visit to the State Treasury Officer and other relevant stakeholders as soon as the meeting ended.