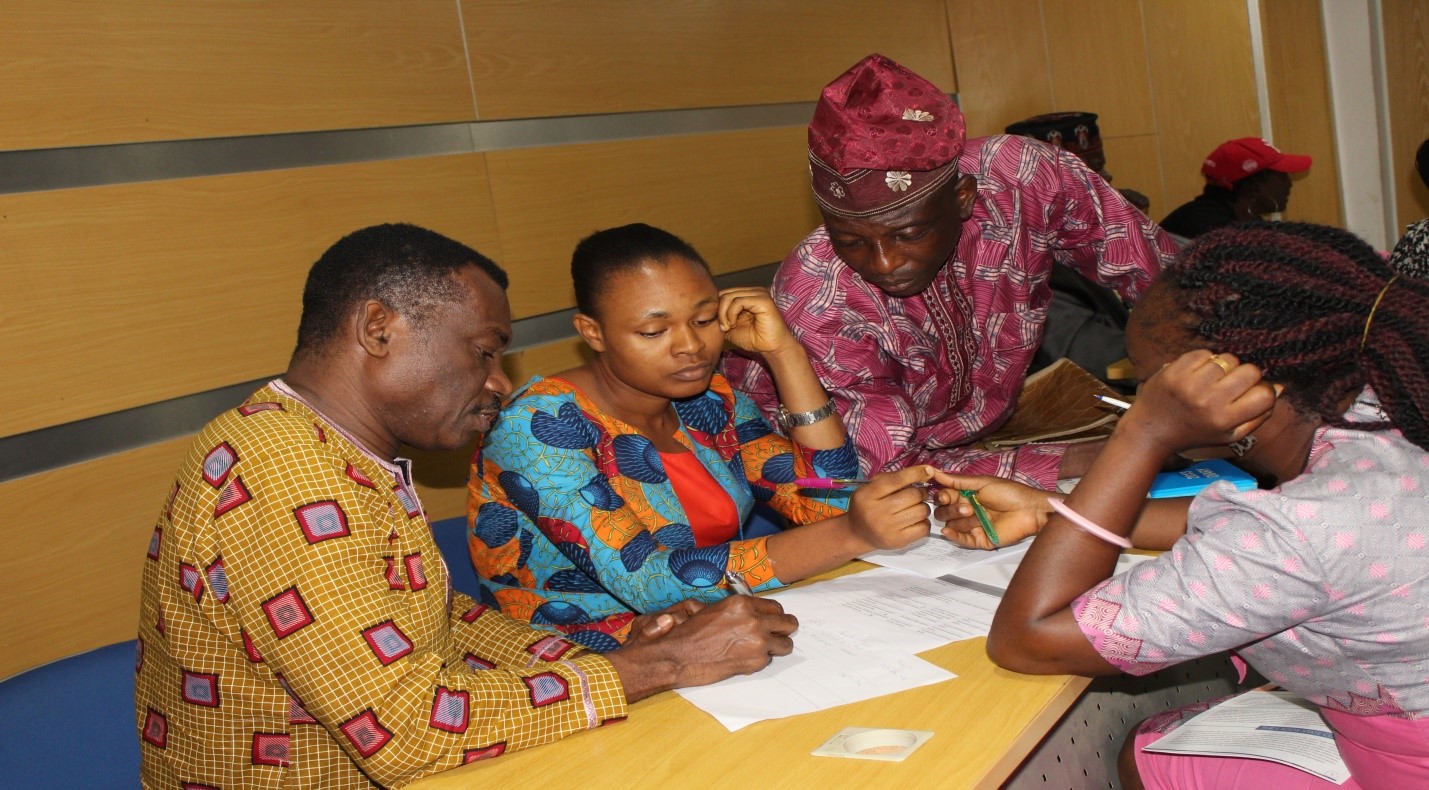 LAGOS, Nigeria, 10 September 2018— A fully immunized child is one who has received the complete doses of the standard six antigens – BCG, Diphtheria Tetanus Pertussis (DTP) (3 doses), polio (3 doses), and measles vaccines. Globally, there are about 19.5million un/under-immunized children with 18% of them live in Nigeria.

A survey conducted in 2017 using a Multi Indicator Cluster Survey (MICS) showed that only about 23% of children in Nigeria were fully immunized in the last one year leaving 77% not fully immunized. In addition, statistics from the National Immunization Coverage Survey (NICS) 2017 for Lagos State showed that 68% of children aged 12-23 months received full immunization. This implies that although RI coverage in Lagos is impressive, there is still a lot more work to be done to achieve 100% coverage with the intention of leaving no child behind.

Understanding the critical role civil society organisations can play in attaining the 100% coverage goal for RI in Lagos State, NNNGO-PAS, following up on a civil society mapping exercise in March 2018, organised a strategy meeting with the Lagos State Accountability Mechanism (LASAM) on Friday 21, 2018 to review the costed implementation work plan for RI in Lagos State and to identify areas for advocacy. Organising a strategy meeting at this time was therefore not simply timely, but key to ensuring effective implementation of the RI costed implementation plan in Lagos state especially as governments begin preparations for 2019 RI year.

“We must begin to articulate more focused areas of advocacy that would improve RI funding and coverage in Lagos State now and in the coming year-2019” said Oyebisi, B. Oluseyi, NNNGO-PAS Program Director, who noted that part of the objectives of the meeting was to engage meaningfully with government and other critical stakeholders through a technical review of the costed implementation plan for RI in Lagos State, new domestic funding schemes and conduct feasibility updates on same.

Ayo Adebusoye, NNNGO-PAS Programs Officer further explained that the meeting also aimed at identifying capacity gaps amongst accountability mechanisms in the State, setting the foundation for addressing identified gaps with a view to strengthening and amplifying civil society’s voice on RI issues.

As with many other states in the country, issues of inadequate financing for routine immunization and untimely releases is playing out strongly in Lagos, a State that prides itself as a centre of excellence. History proves that these issues have plagued reproductive health for a long time. A report released by InfoGuide Nigeria in May 2018, noted that “vaccines have always been problematic for Nigeria primarily because funds are insufficient or were not released on time”.

Needless to say, there is an urgent need to intensify advocacy for a sustained increase in allocation to RI and timely release of such funds. Specifically, critical stakeholders must begin to tackle these issues by ensuring that governments fulfil their commitments to RI with emphasis on adequate funding.