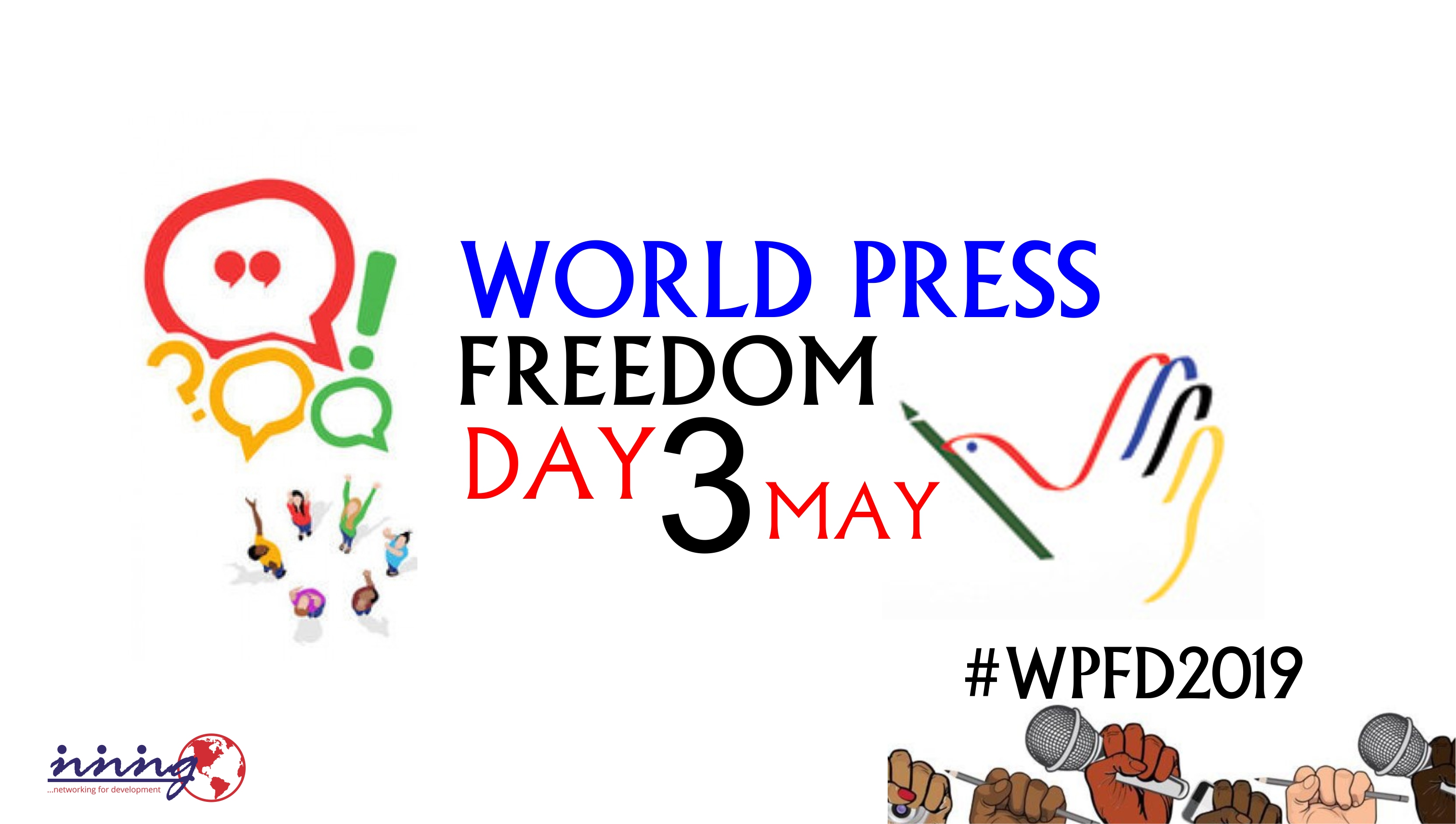 By Oyindamola Aramide | May 3, 2019 | Announcement, International observances, News | No Comments

As the world focuses on development media, its obvious control especially on the corridors of power cannot be overlooked. For the grand health of any democracy, access to information is most essential and press Freedom, a most effective instrument for a functional democratic system acts as a foundation, a resounding expression, too important to be ignored in a democratic society.

The United Nations’ 1948 Universal Declaration of Human Rights states: “Everyone has the right to freedom of opinion and expression; this right includes freedom to hold opinions without interference, and impart information and ideas through any media regardless of frontiers”. Freedom of the press is the freedom of communication and expression through various media; as seen in the modern day electronic media and publications. Such freedom implies the absence of interference from over-reacting leaders. Hostility expressed by leaders towards the media incites violence, in fact it fuels fear for journalists which does not give room to act as watchdog of democracy.

So many theories have defined press freedom, the Libertarian theory, however stands as theory-friendly to the modern-day freedom of the press, it argued that media does not need to be controlled because people would naturally follow their conscience, engage in public debate and create a better life for themselves.

According to Lyman Tower Sargent an American professor of political science, he opined that the seven types of liberty that compose a democratic ideology are: The right to vote; Freedom of speech; Freedom of the press; Freedom of assembly; Freedom of religion; Freedom of movement and Freedom from arbitrary treatment by the political and legal system.

This year’s global theme for World Press Freedom Day is “Media for Democracy: Journalism and Elections in Times of Disinformation”. Information is power, hence it must be timely, concise, clear and reliable. As powerful as information is, it must be curtailed to some point such that false information does not degenerate to Hate Speech or related offences. Currently in Nigeria, any person who publishes defamatory matter is liable to one-year imprisonment, where the person who publishes the defamatory matter and aware that it is false is liable to two years imprisonment.

In line with goal 16 of the SDGs which aims to promote peaceful and inclusive societies based on respect for human rights, the rule of law, accountability and transparency, the United Nations General Assembly hence declared May 3rd as World Press Freedom Day to raise awareness of the importance of freedom of the press and remind governments of their duty to respect and uphold the right to freedom of expression enshrined under Article 19 of the 1948 Universal Declaration of Human Rights with a close reminder to the entire world that in dozens of countries, several publications still remain censored, fined and suspended; while investigative journalists, editors and publishers are continuously harassed, attacked, detained and even murdered in extreme pursuit of stories.

According to the World Press Freedom Index, released by Reporters Without Borders, every year, RWB (2019) establishes a ranking of countries in terms of their freedom of the press. Norway remains still the country with the best press freedom in the world followed by Finland and Sweden ranked second and third on the index, respectively. Netherlands, Denmark, Switzerland, New Zealand and Jamaica also ranked top. Several authoritarian regimes have fallen in the Index.  The countries with the least degree of press freedom are China, Eritrea, North Korea and Turkmenistan.

New record shows that eight journalists have been killed across the world in 2017, while more than 193 are currently imprisoned. Although Nigerian journalists are not so included on death lists. However, Journalists continue to face harassment without protection of the law even in Nigeria. Journalists are often times threatened, subjected to physical violence and even denied access to information by government officials, police officers and sometimes even the public.

Need we be reminded that if the press is constantly controlled, its ability to investigate and expose corruption, bribery, mismanagement, waste, embezzlement and other vices in democratic societies might just be truncated.

Yet again, according to libertarian theory on press freedom, the theory prescribes that an individual should be free to publish what he likes, holding and expressing his or her opinion freely. Obviously, libertarian theory advocates that the press must be seen as partner with government in search of the truth, rather than a tool in the hands of government, a good guide for media practitioners in their quest to helping nations, particularly developing nations grow. While The Social Responsibility Theory opines that the media have obligations to the society, owing them truth and objectivity, the media must ensure to religiously follow agreed codes of ethics and professional conducts to safeguarding public interest.

“Press freedom is the cornerstone of democratic societies. All states, all Nations, are strengthened by information, debate and the exchange of opinions. At a time of growing discourse of mistrust and delegitimization of the press and journalism, it is essential that we guarantee freedom of opinion through the free exchange of ideas and information based on factual truth” Audrey Azoulay, Director-General of UNESCO.