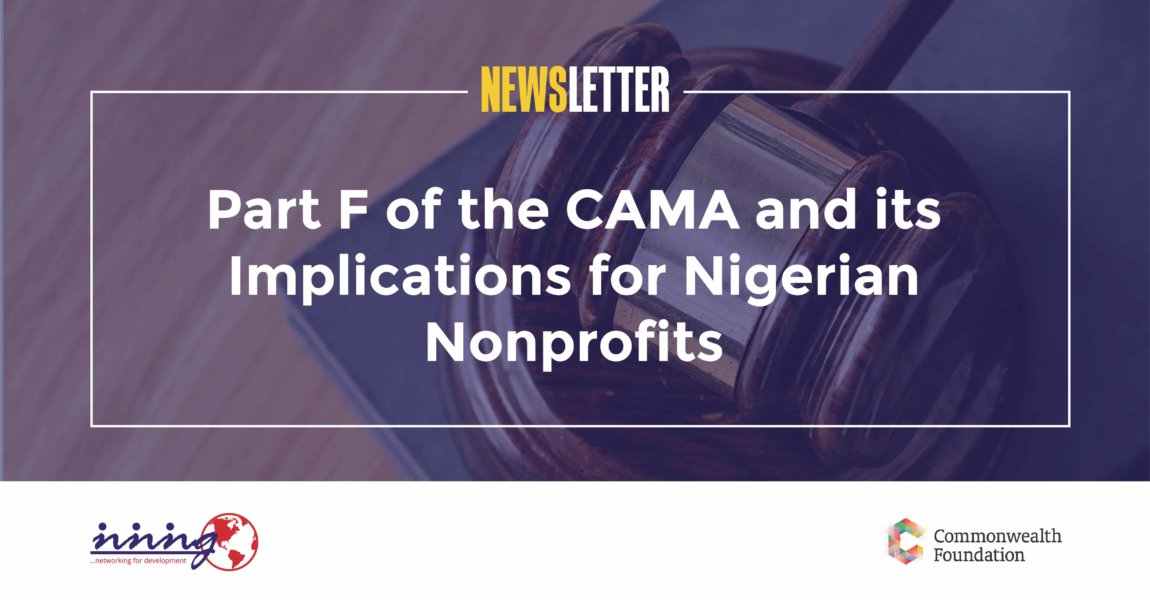 Corporate and nonprofit organisations in Nigeria and beyond have for many years supported and/or engaged in charitable causes, which have met the yearnings of individuals, groups and the society in general- in carrying out these charitable activities however, there are regulations nonprofits need to adhere to in order to ensure smooth operations within their organisations.

One of such regulations is the repealed and enacted Part C of Companies Allied Matters Act (CAMA) which is now Part F of CAMA in the newly amended version, released in May 2018 by the Senate of the Federal Republic of Nigeria. CAMA is the legislation that established the Corporate Affairs Commission, the body charged with the formation, regulation and management of all companies in Nigeria. The Part C now part F, provides for incorporated trustees which nonprofit organisations are referred to. Therefore, the CAMA is a regulatory manual on how  Nigerian NGOs should be established, run and regulated.

It was the determination of the Nigerian Federal Government to reform the law regulating the affairs of companies and its administration in Nigeria following concerns and calls from stakeholders over the obsolete nature of some of its provisions and penalties.

The Part F of CAMA applies to nonprofit and charitable organisations specifically in matters relating to incorporation of trusteeship, filing annual returns, creation of a common seal, preservation of accounting records, developing an organisational constitution and processes that aids the smooth running of nonprofits. This law also guides nonprofits in setting up their governing bodies, sometimes referred to as “Board of Directors”, “Board of Trustees” or simply, “Trustees”.

The implications of the new amendment “Part F” is that it seeks to establish an even more efficient way of registering organisations, minimizing compliance burdens of nonprofits as well as small and medium enterprises (SMEs) to bring Nigeria’s foremost commercial law in line with international best practices. The eighteen (18) clauses contained in the Part C of the CAMA, now combined with ten (10) new clauses to make the Part F , in theory provides a more robust document for which Nigerian nonprofits can digest and readily access for information on what the Corporate Affairs Commission requires of a standard civil society. It is hoped that this trend will aid the provision and promotion of a more enabling operational environment for Nigerian nonprofit organisations.