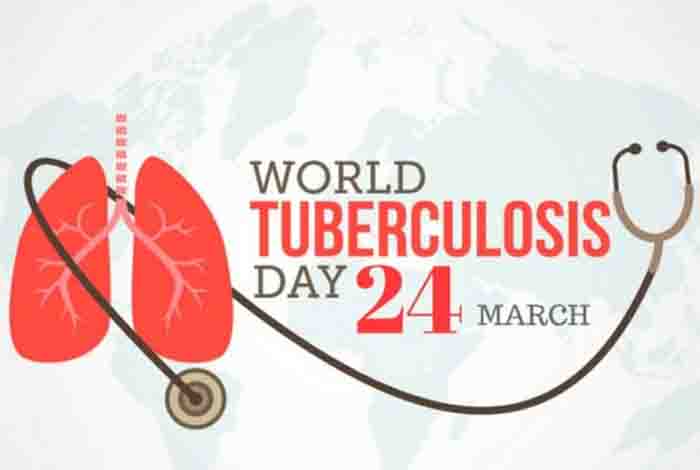 On World Tuberculosis (TB) day, Olaife Ilori speaks with Victor Dorawa Koreyo, Executive Director, Abraham’s Children Foundation. Here is what he has to say about TB, its causes, symptoms and available treatment:

Tuberculosis (also known as “TB”) is a disease caused by a type of bacteria called Mycobacterium tuberculosis.

*What is the difference between TB infection and TB disease?

Tuberculosis (TB) is a disease caused by a germ called Mycobacterium tuberculosis that is spread from person to person through the air. TB usually affects the lungs, but it can also affect other parts of the body, such as the brain, kidneys and the spine. It is very important to note that the TB infection is different from the TB disease.

Tuberculosis Disease has been plaguing humankind for thousands of years; it has been and still one of the deadliest infectious diseases in the world.

*How common is the TB disease?

About one-quarter of the world’s population has latent TB, which means people have been infected by TB bacteria. People infected with TB bacteria have a 5–15% lifetime risk of falling ill with TB.

*What is “smear-negative” TB?

Although patients with sputum smear–negative, can transmit infection, indeed, but they have been presumed to be far less infectious than patients who are sputum smear–positive. However, quantitative data are limited regarding the proportion of TB transmission that is attributable to patients with smear-negative.

Tuberculosis (TB) contact means having close contact with patients with infectious TB. As they are at high risk of infecting non-patients (and in line with the End TB strategy), TB contacts should be investigated systematically and actively for TB infection and disease so it does not spread.

*What is TB exposure?

You may have been exposed to TB bacteria if you have spent time with someone with TB disease. The TB bacteria goes into the air when a person with active TB disease of the lungs or throat coughs, sneezes, speaks, or sings.

*What are the symptoms of TB?

*How does TB spread?

TB is spread through the air from one person to another. The bacteria are put into the air when a person with TB disease of the lungs or throat coughs, sneezes, speaks, or sings. People nearby may breathe in these bacteria and become infected. However, not everyone infected with TB bacteria becomes sick.

*Do You Think TB Patients Need to Be Put in Isolation?

Persons who have or are suspected of having TB disease should be placed in an area away from other patients without the disease, preferably in an airborne infection isolation room.

*What is the incubation period of TB disease?

The incubation period of TB disease may vary, but it is usually from 2 to 12 weeks.

*What tests determine whether a person has Tb? are those tests safe for pregnant women?

TB skin testing is considered both valid and safe throughout pregnancy. TB blood tests also are safe to use during pregnancy, but have not been evaluated for diagnosing TB infection in pregnant women.

*How best should TB Disease be treated?

Treating TB takes longer than treating other types of bacterial diseases. However, for active tuberculosis, the treatment usually consists of a combination of TB drugs that must be taken for at least 6 months. But the treatment will only be successful if the drugs are taken exactly as required for the entire length of time.

*What is DOT and why use DOT?

*According to World Health Organization (WHO), between 2000-2014, approximately 43 million lives were saved through diagnosis and treatment. In what way is your organization helping to ensure this disease is kept under wrap?

A massive challenge glares us all in Nigeria especially with the high rate of this disease. That I am wearied beholding the burden even in a community like (Afikpo North Local Government Area of Ebonyi State) is an understatement. As an NGO, we want to redefine the Nigerian health care through speedy treatment of malaria, HIV/AIDS and especially TB. Results of our impactful services in partnership with Afikpo North in the area of TB control is quite encouraging already and i am sure with this step in the right direction, TB Disease will be eradicated by 2030 hopefully.