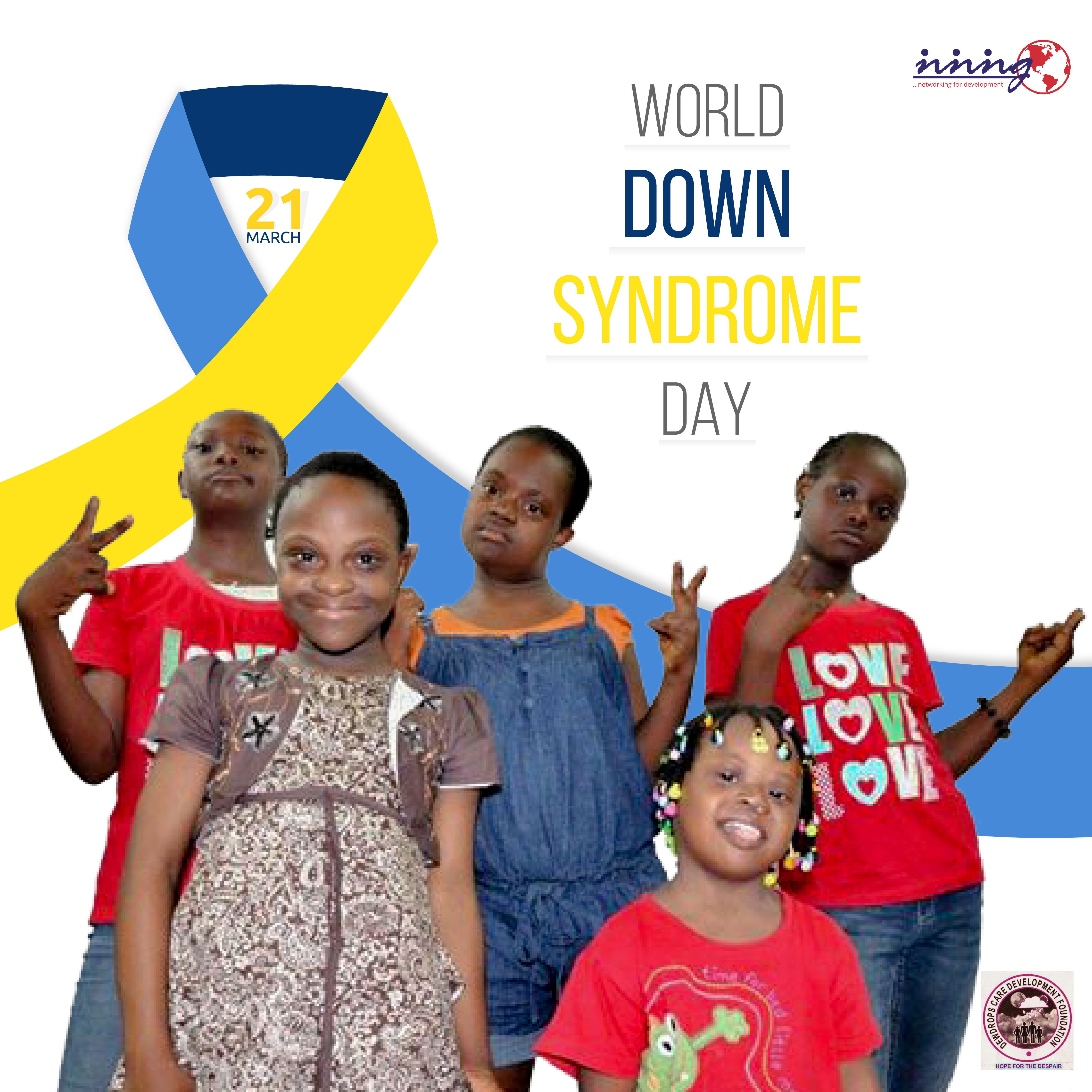 DOWN Today; UP Tomorrow – Knowing Down Syndrome

It is quite distressing, harrowing and mortifying for a child’s right to an amazing life to be decided upon even before their presence on earth. Down Syndrome is a stigma, segregation and a limited life opportunity in most parts of the world and it is rather unfortunate that this is the lime life has given to people living with this disorder.

Down Syndrome is named after the English Doctor, John Langdon Down, who was the first to categorize the common features of people with the condition. It is the most frequently occurring chromosomal disorder and the leading cause of intellectual and developmental delay in Nigeria and in the world. Today the average lifespan of a person with Down Syndrome is approximately 60 years.

This chromosomal disorder is caused when an error in cell division results in an extra 21 chromosomes. Through a series of screenings and tests, Down Syndrome can be detected even before or after birth, which is 1 in every 700 pregnancies. Determined by many factors, research suggests there is a higher risk if the mother delivers at over 35 years of age. Research also reveals that before the age of 30 years, fewer than one in 1,000 pregnancies will be affected by Down syndrome. After the age of 40 years, this figure rises to about 12 in 1,000.

Hence to ascertain the possibility of giving birth to babies with Down syndrome, during the pre- natal period, two types of procedures are available to pregnant women: screening tests and diagnostic tests. The screening tests estimate the risk of the baby having Down Syndrome while the Diagnostic tests tell whether or not the baby actually has the syndrome.

The estimated incidence of Down Syndrome is between 1 in 1,000 to 1 in 1,100 live births worldwide. According to UN, DS causes intellectual disability and associated medical issues.

In Nigeria local communities believe that all defects or early deaths which may occur in children with DS is traceable to parental misdeeds or links between the child and the evil world. While the myth is most untrue, studies of Down Syndrome covering a period of 9 years have revealed an incidence of 1 in 865 live-births in Nigeria.

FACTS ABOUT DOWN SYNDROME

The most common form of Down syndrome is known as trisomy 21, a condition where individuals have 47 chromosomes in each cell rather than 46.

*Trisomy 21 is caused by an error in cell division called nondisjunction. This leaves a sperm or egg cell with an extra copy of chromosome 21 before or at conception. This variant accounts for 95 percent of Down syndrome cases.

*Mosaic Down syndrome is when some cells in the body are normal while others have Trisomy 21.

*Translocation Down Syndrome is caused by rearranged chromosome material. There are three 21 chromosomes just like there are in trisomy 21, but one of the 21 chromosomes is attached to another chromosome, rather than being separate.

Every cell in the body contains genes that are grouped along chromosomes in the cell’s nucleus. There are normally 46 chromosomes in each cell, 23 inherited from the mother and 23 from the father.

When some or all of a person’s cells have an extra full, or partial, copy of chromosome 21, the result is Down syndrome.

FEATURES OF DOWN SYNDROME

There are treatments for Down Syndrome but sadly, there is no cure. Treatments and care are available, however the steps could be utterly frustrating especially with the challenges attached, but with early intervention immediately after birth, the challenges will not be too overwhelming. Hence, appropriate medical care, emotional, psychological and educational care are required from physicians to special tutors, speech therapists, occupational therapists, physical therapists, and social workers, who can come to their aid, by preparing them so they can have equal opportunities for fulfilling lives while ensuring they are not left behind by taking active roles in the society.